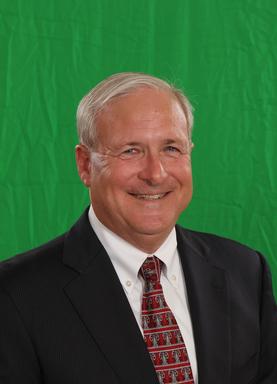 I am an executive and consultant with over 40 years of experience in all areas of operations and finance.  I have been responsible for over 100 operating units located throughout North America, Europe, and the Middle East.

In addition to day to day operations, I have extensive experience in turnaround, repositioning, workouts, disaster recovery, transactions, and post-transaction integration.  I have redesigned and implemented various systems and procedures to improve operational functionality and results.

I have repeatedly demonstrated an ability to diagnose a problem and design and implement a solution, in a wide range of situations.

After starting my career with a then Big Eight public accounting firm, Coopers & Lybrand, and a short stint with a local firm, I joined what was then a young, multi-faceted hospitality company, Marriott Corporation.  While today the company, now known as Marriott International, is the largest hotel company in the world, in 1979 it was a company involving several aspects of the hospitality industry, including restaurants, airline kitchens, institutional feeding, cruise lines, theme parks, and hotels.  In those days, Marriott owned all, or a significant part, of their operating units.

As a supervisor in the internal audit department I led audit and consulting engagements in all the company’s operating divisions, except the cruise lines, in the U.S. and overseas.  In addition to the operating divisions, I supervised several special engagements.  I ran the first review of Marriott’s hotel development, from feasibility, through design and construction, and grand opening.  I also led the audit department support of the design and implementation of Marriott’s first companywide procurement program that later led to the establishment of Avendra, the largest hospitality supplier in North America.

After spending time in internal audit, I moved into the hotel division as the controller of the Khurais Marriott Hotel in Riyadh, Saudi Arabia.  The Khurais property suffered from operating and financial reporting problems, which led to poor owner relations.  As part of a solid executive committee and operating team, we repositioned the hotel to the company’s strongest performer in-country, leading to excellent owner relations.  It was the first of several difficult situations I dealt with in my career.

For local political reasons, the Khurais hotel was expropriated by the Saudi government.  I was part of the group that negotiated compensation with the Ministry of Finance and the Ministry of Health.

That was the beginning of a long and rewarding career in the hotel and resort industry that has covered a wide range of experience and business responsibility.  I have participated in openings, closings, and everything in between at the unit and corporate level.

While a hotel involves an investment in real estate, a hotel is an operating business that involves the provision of good and services, employment of numerous employees, full maintenance of extensive facilities, sales and marketing, investor relations, management of a wide variety of federal, state, and local taxes, and management of various legal issues.

In the course of my career I have been responsible for operational oversight of various units and corporate departments, finance, accounting, including SEC reporting, federal, state, and local taxes, investor relations, coordination of legal issues, including intellectual property, information technology systems, insurance, foreign exchange and construction management, including a €48 million renovation that included the restructure and expansion of a hotel.

My responsibility at the operating and corporate level as an employee and a consultant covered well over 100 units in ten countries in North America, Europe, and the Middle East.

As noted, hotels are complex business operations.  In addition to rooms, food and beverage, and meeting space, the properties for which I was responsible included golf clubs, tennis clubs, in-house and destination spas, 24 hour diners, gas stations, shopping centers, health clubs, bowling, retail operations, and three sewage treatment plants, including one public utility.  Perhaps the most interesting and challenging operation was the provision of employee housing and recreation services for 700+ employees from all over the world.

In addition to my professional responsibilities, I have been active in numerous civic and community activities.

I have served on the Community Emergency Response Team, an organization formed by FEMA, modeled on a program developed by the Los Angeles Fire Department, to support local emergency response efforts after a significant event, such as an earthquake, tornado, hurricane, or terrorist attack.  In addition to CERT Basic Training, I completed FEMA standard training in emergency management (IS 100, 200, and 700) and in damage assessment (IS 1160).

I have served in various municipal appointed and elected offices, including the planning and zoning commission and the city council.  I also served on school boards of international schools in Greece and Saudi Arabia.

I earned a B.S. degree in Accounting from Louisiana Tech University.  I am a C.P.A. who is licensed to practice in Maryland and Texas and am a Chartered Global Management Accountant.  I am a member of the American Institute of CPA’s.